How to do Soilless Agriculture?

How to do Soilless Agriculture? 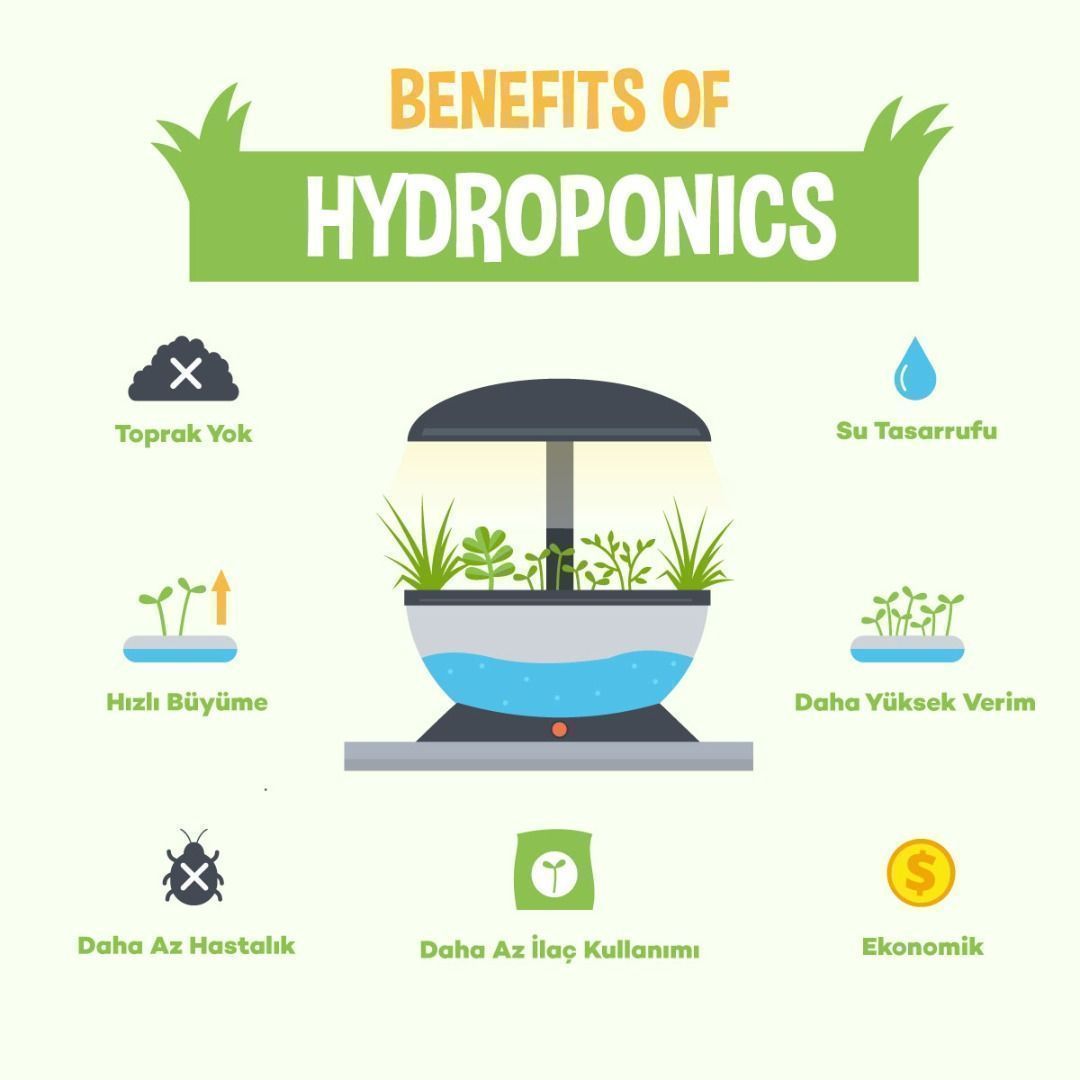 How to do Soilless Agriculture?
How is soilless agriculture done as a constantly expanding production model? There are many who are curious about the answer to their question. This modern production technique can actually be applied with different techniques. Soilless agriculture, which will eliminate all the concerns about the production process, can be carried out in many environments in a controlled manner. The system gives manufacturers more control over the production process, saving both time and effort. Soilless farming techniques, which are seen as an innovative farming model due to their many advantages and are a good alternative to traditional farming, are as follows. Hydroponics, aquaponics, and aeroponics are three commonly used farming techniques today.

hydroponic system
Although it is the first used soilless farming technique, it is based on the logic of irrigated production. In this system, there is no solid medium to support the root of the plants. Lettuce, strawberry, cucumber, tomato, beans, watermelon, melon, bell pepper, thyme, spinach and mint are plants suitable for hydroponic farming technique.

aeroponic system
It is a production technique with air. In this system, the crops are suspended and thus it becomes easier to meet with oxygen. The nutrients and water needs of the plants are met by the spraying method. The agricultural model applied horizontally or vertically is preferred because its costs are very low.

Aquaponic system
It is described as soilless irrigated agriculture. In this system, production is made with the water used in fish production. Water with vitamin content nourishes the crops and ensures that they get the nutrients they need.

Why Soilless Agriculture?
Soilless farming technique is seen as the agricultural model of the future throughout the world because of the partial or complete control of production. In the system, which guarantees production even under adverse agricultural conditions, the water and nutrient needs of the plants are met in a controlled manner. In soilless agriculture, the risk of diseases arising from the soil is directly eliminated, the need for labor is reduced and more products are obtained every year.

Soilless agriculture can be done easily not only in rural areas but also in urban areas. It is frequently applied especially in regions where soil-borne diseases are common. Soilless agriculture enables farming without being affected by natural disasters such as drought and flood. With this method, aquaculture can be done in a desired environment by providing the necessary conditions. It provides high efficiency even in limited areas. Energy and labor costs are lower. It reduces water consumption and land use area. Soilless agriculture provides many times more efficiency and is more profitable than traditional agriculture or greenhouse cultivation.

Hydroponic Agriculture Applications
Soilless farming practices are made with a system in which the seedlings are not planted on the ground. Instead, the seedlings are placed in containers specially developed for soilless agriculture. With this modern production technique, plants are grown without the need for soil. With the use of high technology, soilless agriculture, which provides the opportunity to grow healthier products and increase the yield, is becoming increasingly common in our country, as in other world countries. Anyone who wants to grow food with water and nutrient solution instead of soil can farm in their own environment.

Agricultural practices also took their share from the constantly developing and changing living conditions. Soilless agriculture, which has been applied intensively all over the world and has just started to be known in our country, has been frequently heard in our ears lately. The system, which ensures that the nutrient needs of the crops are met with the water and air method without planting the roots of the crops in the soil, has become the favorite of those who are looking for an innovative agricultural model. A practical system in which methods such as soil, fertilization and pesticide removal were not applied in plant production, maybe it was a dream until now, but it is not anymore! With the application of soilless agriculture, it is possible to grow crops even in narrow areas by using the opportunities in a saving way. Moreover, this system is both more cost-effective and enables to use less chemicals in the production process.

THE BEST
GREENHOUSE PROJECTS FOR YOU!
You can get an offer according to your investment preference.
GET AN OFFER